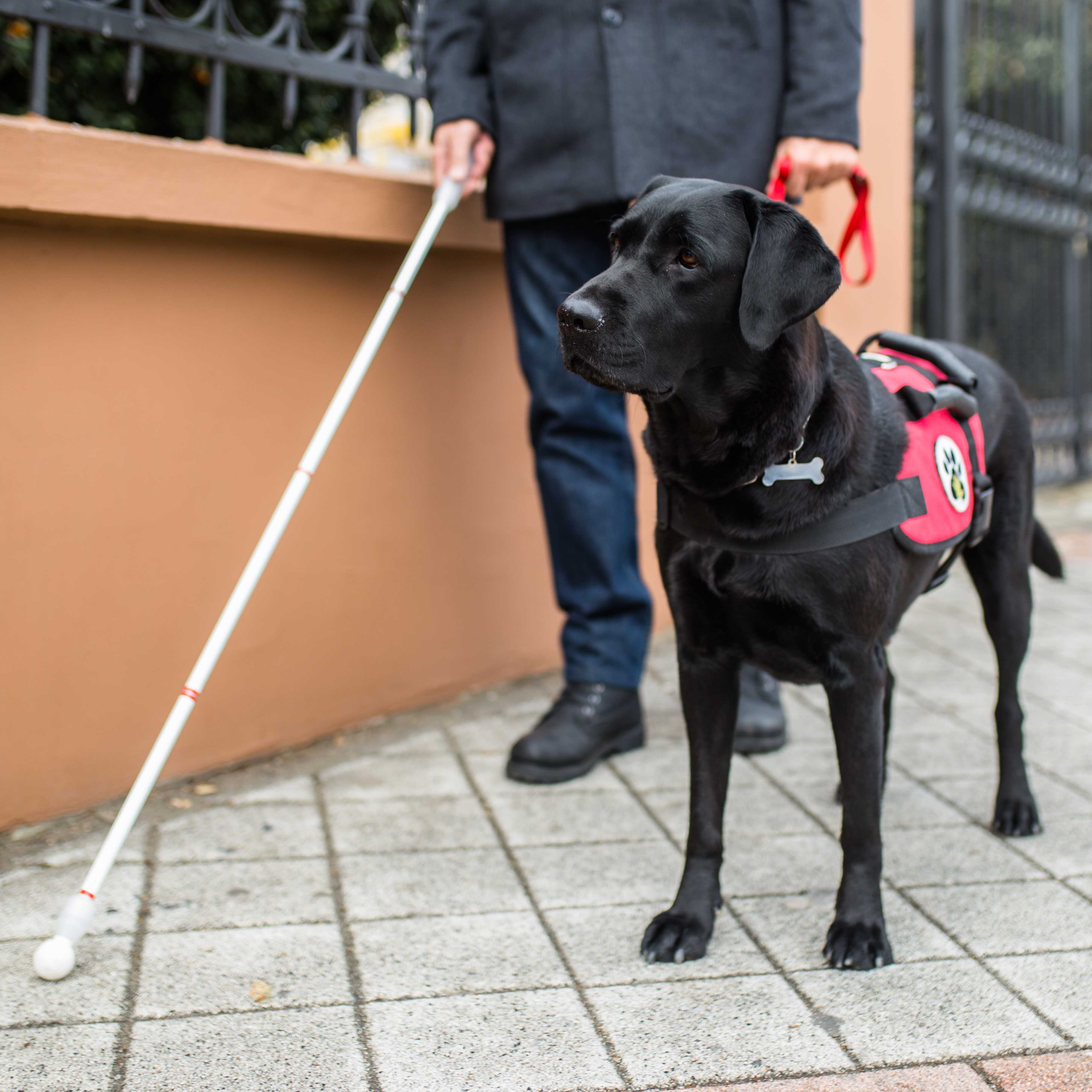 A taxi driver has been fined for refusing to pick up a blind couple as they had their guide dogs with them.

Gavin and Mel Griffiths were waiting outside their home in Arnold, Nottinghamshire, for the taxi that they said sped off on seeing the dogs.

Rajan Anwar was found guilty of failing to fulfil a booking made by a disabled person due to the presence of an assistance dog in July 2021.

He was fined £288 at Nottingham Magistrates' Court on Friday.

A judge ruled the reason Anwar failed to fulfil the booking was due to the presence of the guide dogs - and not a flat tyre as he had claimed.

The 52-year-old, of Newquay Avenue, Nottingham, was also ordered to pay a £34 victim surcharge and £100 in compensation to both victims, as well as a contribution of £500 towards the prosecution costs.

Mr Griffiths said he was waiting with his wife Mel, 57, and their two guide dogs Utah and Elsa to go to Nottingham railway station, to take a train to visit family in the North East, when they were left stranded.

The 49-year-old said he was following the route of the taxi on his Uber app and then heard the electric car pull up.

"He [taxi driver] reversed away and went on to a side street where he pulled away at speed. We then got a cancellation notice from Uber," Mr Griffiths said.

"It's not the first time it has happened, it's happened to me lots of times now and it leaves you feeling angry, frustrated, upset and in the end, anxious."

Mr Griffiths said he and his wife would use their compensation money towards the purchase of a bodyworn camera to collect evidence in any future cases.

Councillor David Ellis, from Gedling Borough Council, which brought the case to court, said: "We are pleased with the court's decision to hold Mr Anwar accountable for his actions.

"This case serves as a reminder that discrimination against disabled individuals and their assistance animals is illegal and will not be tolerated."

Nottingham City Council and Gedling Borough Council confirmed they were reviewing Anwar's licence in light of the case.

"As the driver is licensed by the city council and has been convicted of this offence, the taxi licensing service will be reviewing the licence to carefully consider what proportionate action is deemed appropriate."

An Uber spokesperson added: "It is totally unacceptable for drivers to refuse to take a guide dog.

"We deeply apologise for the experiences described. Licensed private hire drivers must carry service animals in their vehicle - we highlight this obligation to all drivers before they start using the Uber app and often send reminders."