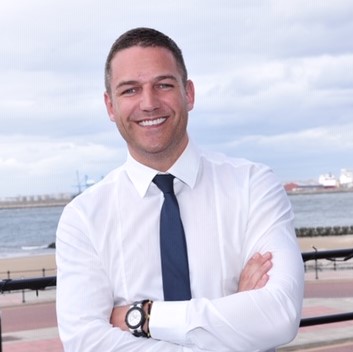 COVID-19 Licensing Issues: Lifting the lock-down and why we must get this right  Published Date: 23/04/2020

The hospitality industry is uniquely impacted by novel coronavirus because its existence is predicated on the very opposite of social distancing. Consider this dictionary definition:

Hospitality. Noun: The friendly and generous reception and entertainment of guests, visitors, or strangers.

So, when the lock-down is lifted and pubs, clubs, bars, restaurants, and hotels reopen it is important for government to recognise that if restrictions are placed on their operation that negate that definition then they might as well stay closed. For example, if customers are required to stay two metres apart in these premises, or form an orderly queue so that only one person at a time can get served at the bar, or operate on a ‘seated customers only’ basis it will be impossible for licensed premises to operate in a commercially viable way.

And then there is the tendency for some to find in this crisis a vindication of everything they have previously believed. For example, there has been a fall in alcohol-related crime and disorder since the night-time economy was closed. I expect there will be those from the temperance lobby, and perhaps from law enforcement, who will predict a crime and disorder tsunami once the night-time economy reopens and will call for the reintroduction of a much more restrictive licensing system. We should not allow the temporary restriction of our freedoms – which is entirely justified in an emergency – to become permanent, just to vindicate the prejudices of those who think a better future can be fashioned if we go back to the past.

Government is faced with a very difficult dilemma: how to manage a trade-off between public health and economic health that will command broad public support. But a trade-off must surely be found. If it is going to take at least a year for an effective vaccine to be tried, tested, manufactured and distributed across the whole population, we need to recognise the immutable economic fact: we can’t stay locked down with a third of the economy closed for a year.

Over the coming weeks, our government needs to draw lessons from how other countries are emerging from lock-down. A six-week programme that begins with opening shops and relaxing restrictions on freedom of movement could commence once the hospitalisation and mortality data show a persistent downward trend. Other parts of the economy can then begin to reopen – schools, offices and factories could be next. The government has already indicated that hospitality venues like pubs and bars will be the last to reopen. Our industry obviously wants to get back to serving its customers as quickly as possible. But only when it is safe enough to do so and when its reopening is sustainable. Hospitality operators need to know that once open they will not suddenly be closed again. That kind of start-stop approach would be a disaster for our industry.

So, government needs to develop a two-pronged strategy: a programme for reopening the economy once there is evidence that we’ve ‘flattened the curve’; and a communications strategy that explains to the public that there may be a second, and hopefully smaller, wave of infections once we begin to loosen the lock-down, but that not to do so will cost lives too. Mental ill-health, deaths of cancer patients and victims of stroke, increases in suicide rates are all consequences of keeping people in lock-down for too long. So, maintaining or lifting restrictions is not a zero-sum game.

Once the doors of the pub, bar or restaurant reopen we should not expect people to come flooding in and things instantly to return to normal. People will make judgements - not about whether going out to socialise is safe, but whether it is safe enough for them. Probably young people will be the first to venture out. People with families to support and older people will make more cautious judgements and are less likely to return to our premises in the immediate aftermath of this crisis.

As we emerge from lock-down the hospitality industry will need ongoing and tapered support from government. I support the efforts being made by trade bodies like UK Hospitality and the British Beer and Pub Association to provide further support when it comes to furloughed staff, claims for business interruption insurance, grants, rent relief and loans. We will also need to see an extended rent moratorium if we are to avoid serious damage to the sector when rents are next due. Government support needs to be carried over after the worst of this crisis has passed. If it is abruptly switched off, then a lot of the good work that has been done will be undone. Business support needs to be boosted to make sure every business that needs it can access it. Scrapping thresholds for grants and support with rents will keep businesses alive and people in jobs. This is an unprecedented crisis and government needs to ensure there isn’t a gap between their strategy of support for our industry and the delivery of that support.