Leading members of the trade and police have highlighted how working in partnership and collaborating is the way forward for the pub sector as it recovers after the impact of the pandemic.

This was the view of speakers at the National Pubwatch Conference, which was held in Nottingham this week, and focused on the issue of vulnerability in the night-time economy.

Emma McClarkin, chief executive of the British Beer & Pub Association (BBPA), highlighted how important it was for trade associations and the sector to work closely together, even before the pandemic. She said that the BBPA worked with sister groups such as UKHospitality and the BII and she also highlighted the important work of National Pubwatch and local pubwatches in ensuring a safe night time economy.

“Let’s keep working together to ensure that everybody feels safe when they go out, everybody can enjoy the pub and we can still have that wonderful pub that we can call home from home,” she said.

However, she did highlight that the industry did need Government support as it faced the challenges of business rates and VAT, alongside the rise in the cost of living. She pointed out that 800 pubs did close their doors during the pandemic and “unfortunately many more are still at risk.”

“We want to be part of the reignition of the UK economy. We want to reconnect communities and we want to regenerate towns and city centres and high streets to bring them back to life,” she said.

“We can bounce back strongly with this level of support and we can deliver for economies and be part of the levelling up agenda up and down this country but we have to be given the tools to do business.” 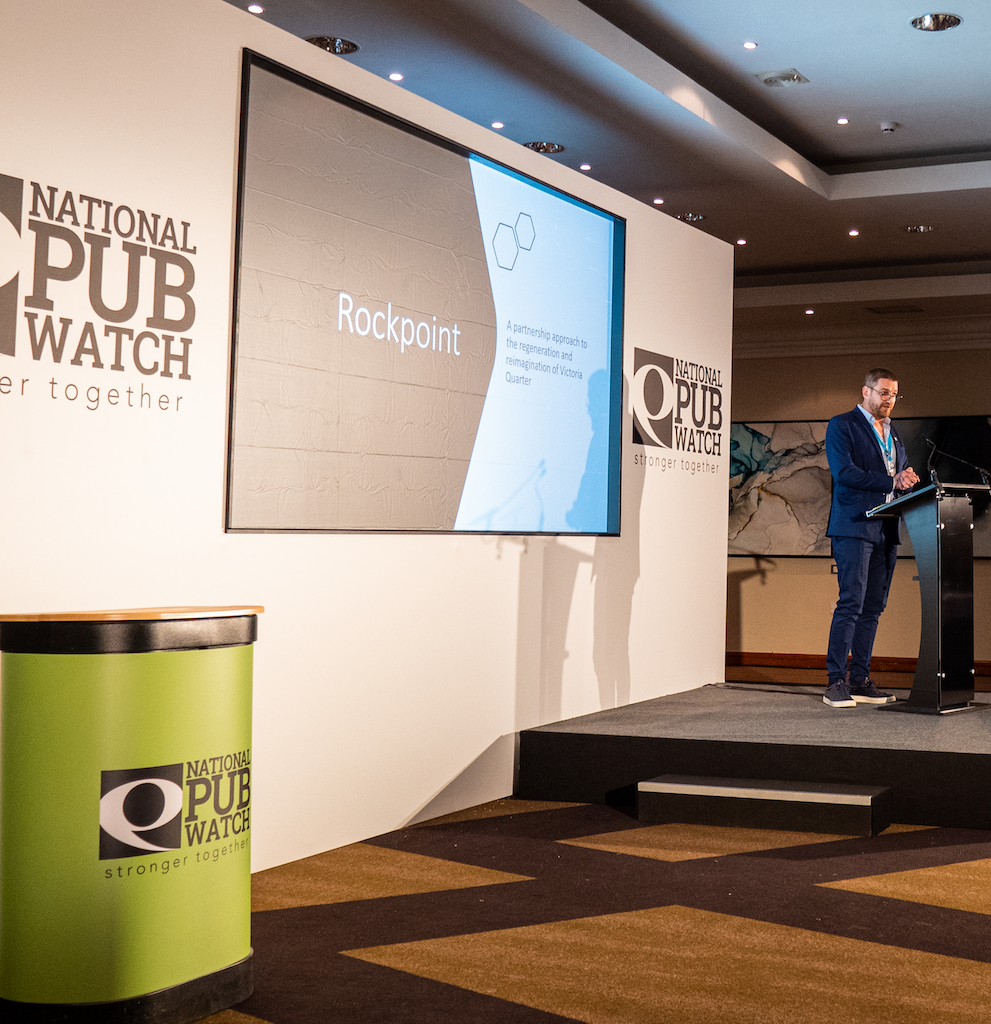 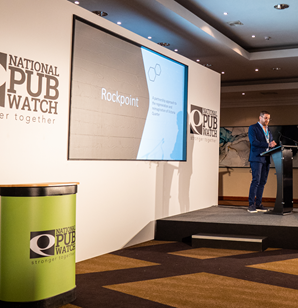 Dan Davies, CEO of Rockpoint Leisure and Chairman of the Institute of Licensing

Dan Davies, CEO of Rockpoint Leisure and Chairman of the Institute of Licensing spoke at hte conference about the challenges of regenerating his home town of New Brighton.  He said the two years of lockdown had been a “Sword of Damocles” on the industry but agreed that working in partnership was important.

When he looked at regenerating New Brighton he said he recognised that it was important to get the police, local authority, licensees and shop owners together to make sure the place was safe and vibrant.

“Good operators don’t want bad operators on the doorstep,” he said. “Make no mistake about it, it can bring a whole area down by having one bad operator on a strip.”

He also explained why it is so important to engage with organisations such as National Pubwatch and Best Bar None.

This view was also reflected by the police as Craig Guildford, chief constable at Nottinghamshire Police, said that through the challenges of the Covid pandemic partnership working is what has “made a difference throughout.”

He also highlighted the issue of drink spiking and said it was being tackled in a partnership response between the police and venues.

“I think we have to learn some lessons through Covid and build back together in a stronger way,” he said.

“I want to see more jobs in the local night-time economy and see more people coming into the towns and the city.”

The prestigious National Pubwatch awards were handed out on the day including the National Pubwatch Award of Merit, which rewards individuals that have contributed to the success of pubwatch schemes. This was given to Lynda Leigh, licensee of the George & Dragon in Flint, who was credited with turning the pub around by excluding the troublemakers, taking a zero-tolerance approach and supporting her community during the Covid pandemic.

The prestigious Malcolm Eidmans award was given to Ian Graham, Chief Licensing Officer at the Metropolitan Police for his partnership working with the trade.

While there were also a raft of Bravery and Meritorious Conduct awards given out.

Licensee Penny Parker of The Victoria Inn in Burton and her customer Anne-Marie Greenough were each given an award for saving a customer’s life after a cardiac arrest.

National Pubwatch presented door supervisor Gareth Colley with a Bravery and Meritorious Conduct Award after he saved a female customer from drowning. 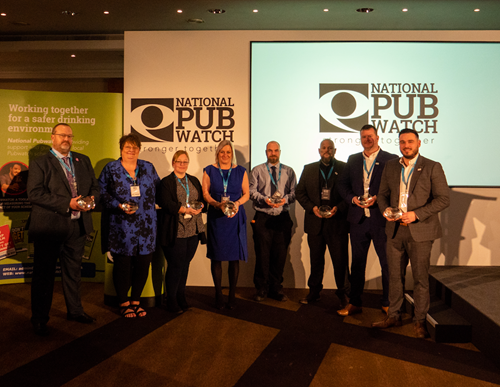