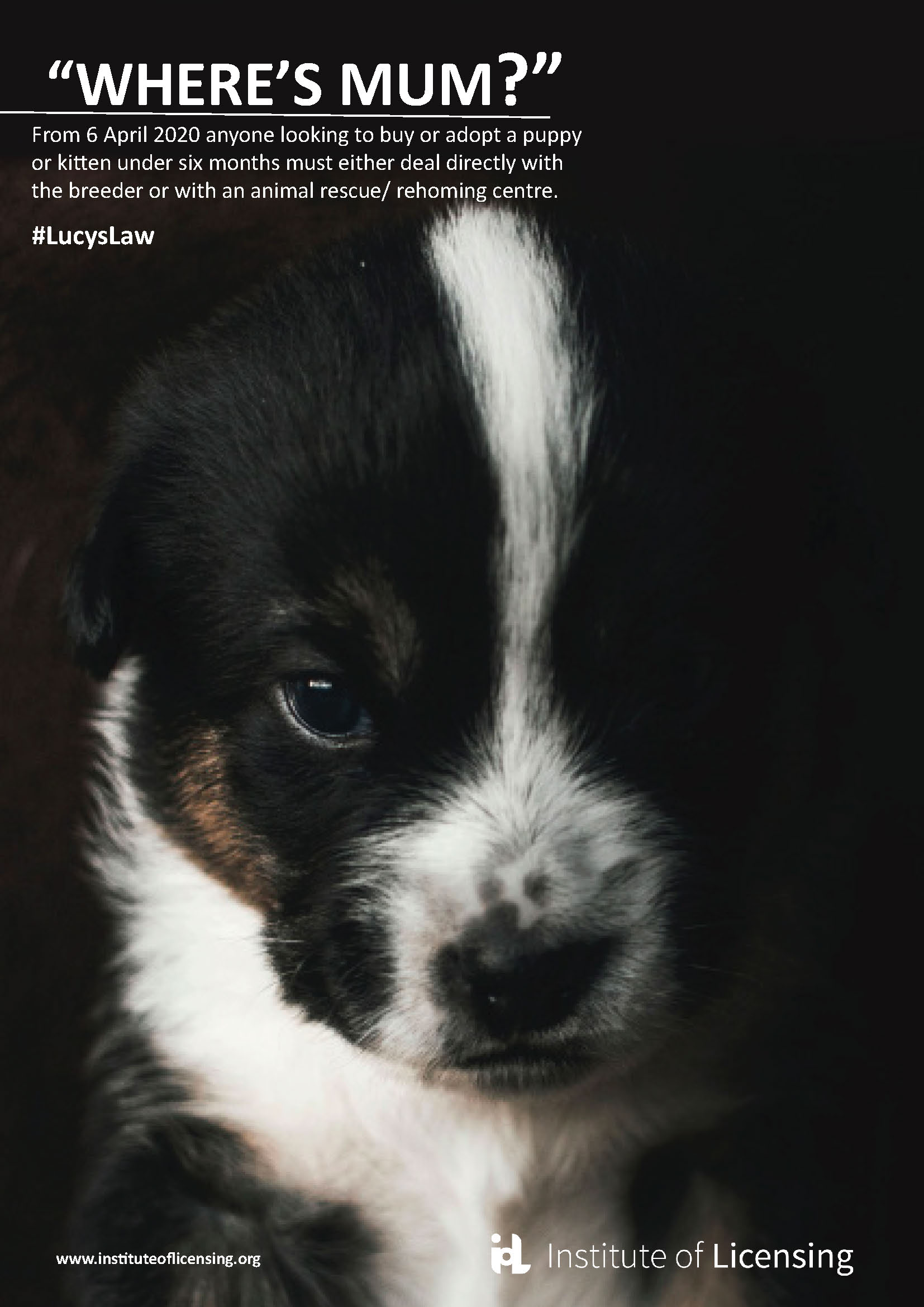 The rules in relation to kittens are slightly different.  This note addresses the situation relating to puppies specifically.

It is not possible to breed puppies outside of England (the jurisdiction of the 2018 and 2019 Regulations) and then import them into the English districts covered by the Regulations for sale in contravention of the Regulations. The alleged “loophole” in Lucy’s Law which would allow cross-jurisdictional breeding and selling of puppies is misconceived.

The 2018 Regs will be amended by the 2019 Regs on 6th April 2020. The key change that will be introduced falls in Schedule 3, Paragraph 5 of the 2018 Regulations. Once the 2019 Amendment Regulations come into force, that provision will read:

(1) No animal of any of the following descriptions may be sold as a pet, or sold with a view to being resold as a pet, by or on behalf of the licence holder—

(b) mammals weaned at an age at which they should not have been weaned;

(c) non-mammals that are incapable of feeding themselves;

(e) puppies or kittens which were not bred by the licence holder.

(2) The sale of a dog must be completed in the presence of the purchaser on the premises.”

A breeder can have a licence to breed puppies and to sell those puppies under Schedule 1, Part 5, paragraphs 8 – 9.

Those are the premises that must have been inspected before the grant of a licence: (Part 2, paragraph 4(2)(a)).

The breeder’s puppies must be:

(a) advertised and/or offered for sale only from the premises where they were bred and reared (Schedule 6 – Specific Conditions paragraphs 1(1)(a) and (b). Paragraph(c) does not apply, of course, because it is not possible for anyone to hold a licence under Schedule 1, paragraph 2 “Selling Animals as Pets” to sell puppies).

(b) sold in the presence of the purchaser at those licensed premises (Schedule 3 para 5(2): “dog” in this context covers both adult dogs and puppies by virtue of the Interpretation section paragraph 2).

(c) shown to a prospective purchaser in the presence of the biological mother (Schedule 6, paragraph 1(1)(6)).  (The short-hand for this is “Where’s Mum?”)

No puppy can be sold or permanently separated from its biological mother under the age of eight weeks at all, by anyone, (Schedule 6, paragraph 1(5)),

[There are exemptions for separation of puppies from mothers if necessary, on health or welfare grounds Schedule 6, paragraph 1(7). This would be for the breeder to prove.]