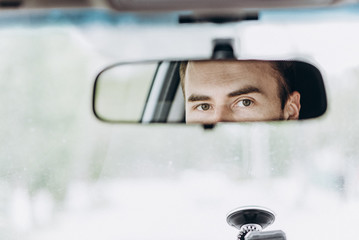 Warning Christmas and New Year revellers, the LGA said “...that illegal unlicensed rogue drivers will not have undergone background checks, are unlikely to be insured to carry passengers in their vehicles which could be in a dangerous condition, and may be targeting lone and vulnerable women.”

“We want everyone to enjoy their festive celebrations, which is why we are urging people to take sensible steps to avoid unscrupulous bogus taxi drivers who put earning illegal extra money before people’s safety.

"Using an unlicensed vehicle could put your safety in jeopardy and in the worst case scenario, could be the last journey you make. No one wants their Christmas devastated by a car accident they could be uninsured for, or by a sexual assault by an unvetted driver, just because of the desire to get home quickly after a night out.

“There is an inherent risk in accepting lifts from strangers and most people wouldn’t dream of doing so, but for women travelling alone, getting into an unlicensed cab is just as risky as getting into the car of a complete stranger.

“The message is clear, book your taxi before you go out, don’t let alcohol cloud your judgement and steer clear of unlicensed taxis or offers of cheap lifts on social media, regardless of how tempting it may be when you just want to get home.”

The LGA highlighted the work councils around the country are doing to clamp down on this type of illegal activity.

A man who ran an unlicensed taxi business – advertising his illegal operation online, at a pub and in a village newsletter for several years – was ordered to pay £2,155 following an undercover operation and prosecution by Folkestone and Hythe District Council. The defendant’s vehicle was 15 years old – in breach of the council requiring taxis to be no more than three years old when they are first licensed and no more than seven years on their first renewal, unless they are wheelchair accessible.

An unlicensed taxi driver who offered lifts on Facebook for £5 was ordered to pay £780 and had eight penalty points added to his driving licence following a prosecution by Hartlepool Borough Council.

• Five drivers – three unlicensed and two private hire - have been prosecuted by Cheltenham Borough Council after admitting unlawfully plying for hire during Cheltenham Festival 2019. The drivers were ordered to pay a total of £3,727 and given penalty points on their licences. A further five cases are pending prosecution.
• A man caught acting illegally as a private hire driver and who advertised a taxi service on Facebook was given a warning following an undercover investigation by Three Rivers District Council. The man had bought a vehicle in the hope he could offer a service for wheelchair users. The vehicle was seized and the man received a fixed penalty notice for having no insurance.
• Peterborough City Council will be operating its annual street marshal initiative every Friday and Saturday night in the city centre, up to and including Saturday 28 December and also on New Year’s Eve, to help revellers get home safely over the festive period. Street marshals will operate on a taxi rank, ensuring passengers can access taxis quickly and prevent private hire vehicles from touting for business.
• Wealden District Council has produced posters highlighting the importance of only using licensed taxis and minicabs, which are being displayed in local pubs and clubs.
• Rushcliffe Borough Council is urging people to pre-book their licensed taxi ride home or use recognised taxi ranks.