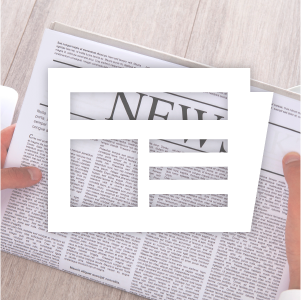 The Institute has made a formal response to the Home Office consultation in relation to the Coalition proposals to 'rebalance the licensing regime'.

The Institute’s membership represents over 1500 individuals and 200 organisations across the country.

Following the announcement of the consultation on ‘Rebalancing the Licensing Act’, the Institute consulted its members by way of an online survey to gather views on the proposals.

As a result of the membership survey 234 responses were received representing:

Our broad membership allows us to obtain views from all sides and this was clearly illustrated in the responses received.  Despite the overall majority of responses from a local authority background (75% +) there were relatively few areas with a strong consensus.

The areas where there was strong consensus (65% +) included:

• Proposal f) Increase the opportunities for local residents or their representative groups to be involved in licensing decisions without regard to their immediate proximity to premises – 67.6% DISAGREED

• Proposal i) Enable licensing authorities to have flexibility in restricting or extending opening hours to reflect community concerns or preferences – 76.8%  AGREED

• Proposal j) Repeal the unpopular power to establish Alcohol Disorder Zones and allow licensing authorities to use a simple adjustment to the existing fee system to pay for any additional policing needed during late night opening – 79.2% AGREED

• Proposal k) Substantial overhaul of the system of Temporary Event Notices to give the police more time to object, enable all responsible authorities to object, increase the notification period and reduce the number than can be applied for by personal licence holders – 70.8% AGREED

• Proposal o) Enable local authorities to increase licensing fees so they are based on full cost recovery – 81.4% AGREED

The survey responses represent in the main individual views with 13% representing the views of the organisation.  The responses are heavily weighted from the local authority view point as previously illustrated.

Having said that the responses clearly indicate concerns on some of the proposals and some very pertinent points were raised throughout which should be considered.  There was a positive support for Best Bar None, and similar initiatives within the industry to be recognised when considering reductions for any late night levy (question 16).

The Institute has provided a full report on the responses received (available in the website library for Institute members to view: http://www.instituteoflicensing.org/library.html) and has reiterated to the Home Office that we would be happy to work with them on future policy / legislative reviews affecting licensing and the regulatory field.  In particular we are most interested in the overall findings of this consultation and would be keen to work with the Home Office in considering how best to move forward.