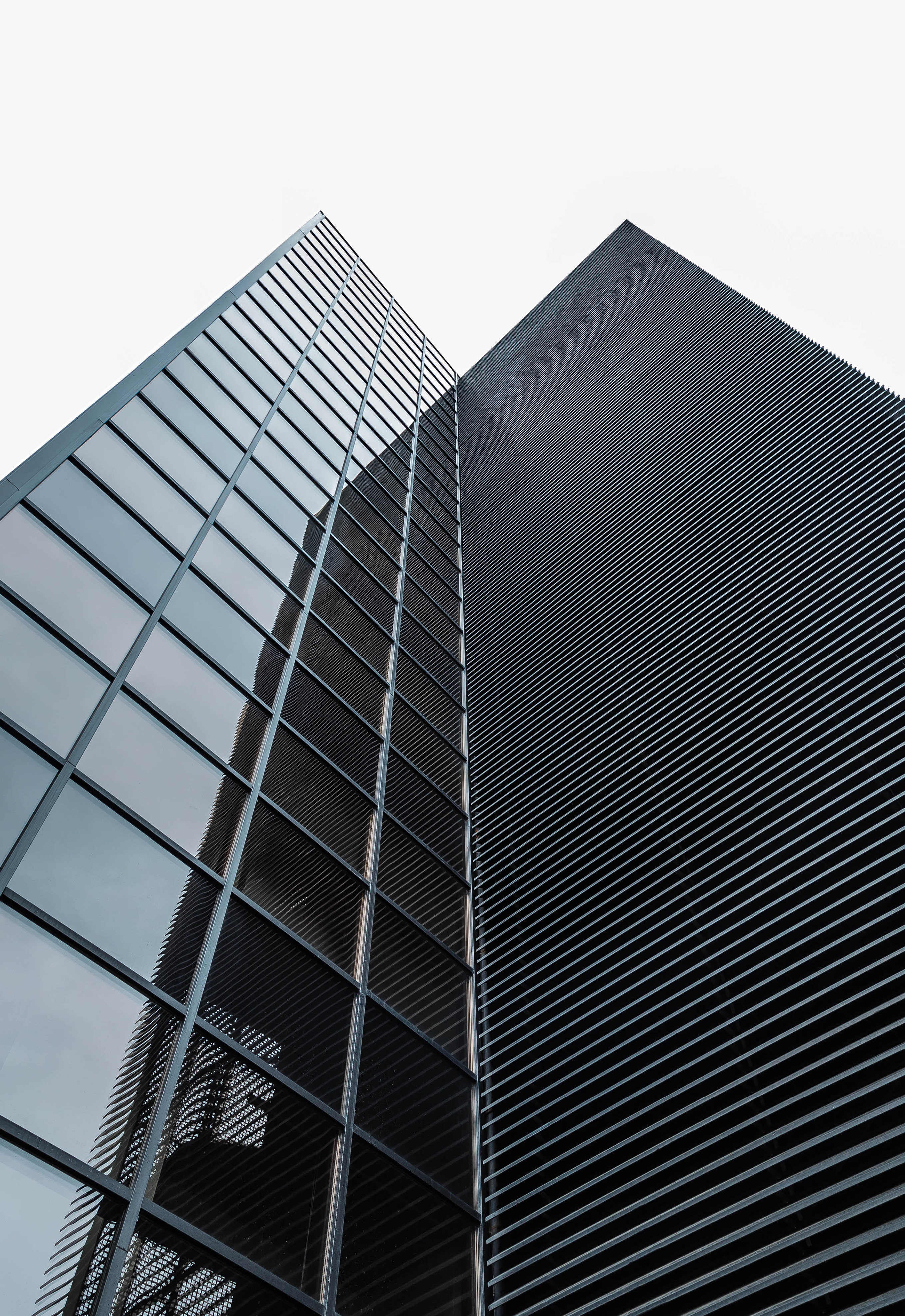 Business interruption insurance:
In The Wizard of Oz, Dorothy and her pals place faith in the power of the eponymous wizard to help them in their hour of need. Just the wizard is not all he is cracked up to be and vamooses in a hot air balloon. This pretty much describes the response of the insurance industry when faced with the rather impertinent idea that their business interruption policies might pay out in the event of, er, business interruption. Meanwhile, those Good Samaritans the Association of British Insurers warn that the vast majority of policies will be ineffective in the current crisis. Perish the thought that they are trying to deflect claims, legal action or political pressure. Those shareholders expect their dividends, don’t you know?

But back in the real world, many bars and restaurants are desperate to know whether their insurance policies are a lifeline or an epitaph. So how effective are these policies in the current crisis?

It seems like long ago, but it is only a couple of weeks, since operators were up in arms that the government was advising the public not to go out, while not actually ordering the closure of premises. This, they said, prevented them claiming on their business interruption policies. The ensuing outrage was exacerbated when it transpired that the Prime Minister had been paid £25,000 to speak at an insurance industry event. But the Government did eventually order closure, with Dishy Rishi Sunak announcing with puppy-dog enthusiasm that: “…for those businesses which do have a policy that covers pandemics, the government’s action is sufficient and will allow businesses to make an insurance claim against their policy.” With rattlesnake speed, the Samaritans headed off hope by advising that it did not matter whether or not the Government ordered closure of a business, because the vast majority of policies sold by their members would not be effective in any case.

With striking generosity, they added that a small minority of typically larger firms might have purchased an extension to their cover for closure due to any infectious disease. But even so, they added that whether policy-holders could make a claim would always depend on the precise nature of the cover they had purchased.

Most insurance policies cover standard risks like damage due to fire or flood. Others pay out only for direct physical damage. Even if policies cover closure because of infectious diseases, following the alarm bells rung by the earlier virus SARs, most are careful to exclude pandemics. When these policies were sold, it is a fair guess that most buyers did not read the small print and most sellers were not exactly falling over themselves to draw attention to it.

It is here that professional advice is needed on the exact terms of the policies. For example, some cover is based on a specified list of diseases, which obviously would not cover Coronavirus.

Some policies are not business interruption policies as such, but instead operate in the case of compulsory closure. These may give some grounds for optimism, particularly if they do not specifically list the diseases covered. Those which list simply “notifiable disease” might be effective, since the government has now categorised Coronavirus as a notifiable disease, as may policies covering contagious or infectious diseases. Even the Samaritans have accepted that such policies may be effective.

However, Ei Group, with its 4,000 pubs, has reportedly stated that its insurer Zurich is not including Covid-19 in its notifiable disease section. No doubt Zurich’s decision hurt it more than those it has been insuring for years. After all, it only made £3.3 billion profit last year, and was only able to afford to pay its shareholders dividends of just £2.4 billion. Zurich has apparently said: “We will always respond whenever one of our policies is triggered and are continuing to support our customers on a case-by-case basis.” How exactly is not clear.

Of course Zurich is not alone. Another giant of the industry, Axa (net income £3.9 billion), reportedly stated: “In general, when our Business Interruption policies provide an extension in cover for infectious diseases, they list the diseases by name. Only for those diseases will they compensate for financial losses resulting from premises having to close…. Our wordings don’t refer to a general class of notifiable diseases, but they name each disease individually. When Covid-19 was added to the list of notifiable diseases in England, it did not change policy coverage.” In short, jog on.

At times like these the sheer artfulness of policies is thrown into stark relief. NFU’s policy covers a number of diseases including plague. This, it now informs customers, means the Black Death, the Pestilence, Great Bubonic Plague, or the Great Plague, obviously handy if the Dog and Duck falls into a time warp.

Other policies cover “non-damage denial of access” where a business is told to close by government or local government. These might pay out in some cases. But some of these only respond to an outbreak at the specific premises or within a specified distance, like Legionella in the water supply. We should expect Oz-like insurers to protest that these policies only operate where there is an actual incident at or near the premises, not a global pandemic. I predict a class action to resolve this issue in the near future.

It is always necessary to scour policies line by line for any chinks of light. For example, event cancellation insurance may be effective, as may policies customised to deal with the risks of a particular business.
Now, for those lucky ones who negotiate the minefield, they need to be aware that some policies specify a waiting period before a claim can be made. Some limit the time for which a loss of revenue claim applies. Others may require claimants to do what they can to keep the business going. This might include trading as a takeaway for example, or broadcasting gym classes online. You should not expect insurers to resist the comfort blanket of their lawyers if and when claims are made. This is despite encouragement by the Financial Conduct Authority that they remain sensitive to their customers’ needs at this time of crisis: “Customer behaviour is changing. We expect insurance firms to recognise this and treat their customers fairly, recognising the circumstances customers may find themselves in. We would not expect to see a customer’s ability to claim affected by circumstances over which they have little control.” Fine words indeed.

The story is much the same in the USA, with insurers circling the wagons against claims, perhaps hoping for herd immunity. Interestingly however, at the same time, some insurers are considering contribution to a federal programme of support to affected businesses. It is hard to see this as pure philanthropy. For there, some politicians are intervening to demand legislation to make business interruption policies retrospectively cover Covid-19. And as US traders are gearing up for litigation, insurers may feel voluntary action to be preferable to taking their chances in front of a civil jury or risking legislation. They will have to move quickly, because a test claim has already been filed by the famous Oceana Grill in New Orleans against Lloyds of London for its business interruption losses.

One legal argument in the case, which is also gaining currency in Canada, is that the presence of coronavirus in premises triggers a pay-out under physical damage policies. The physical alteration to the premises may operate at a microscopic level, but case law apparently suggests that this may constitute damage to the insured property, no different to the intrusion of lead or gaseous fumes. This may yet provide food for thought in our courts.

It seems likely that, one way or the other, events in the USA will impact on how the issue plays out on this side of the pond.

Maybe it is unfair to expect insurers to pay out when technicalities in the policies do not require it? After all, as Axa has said, it cannot cover risks that it can’t assess. Well maybe. On the one hand, you could expect shareholders to protest if ex gratia payments are made. And insurers’ protestations that they could be wiped out if they had to support claimants voluntarily should at least be listened to. On the other hand, the number of people driving around and actually at work is drastically reduced, so the level of motoring, employer’s and public liability claims should have fallen commensurately. In a situation in which all are pulling their weight it is depressing to see our financial sector hitching up its skirts.

Where does this leave us? I make five points in conclusion.

First, while most policies will not pay out, there will be some which do. Claimants should read their policies carefully, including exclusions, and in case of any doubt (or even hope) should contact their broker.

Second, insurers can be expected to defend all but the clearest claims rigorously. Individual operators are unlikely to have the means to litigate by themselves. But if thousands join together to make claims, the risks to each will be reduced proportionately. This is where trade associations, or even the Morning Advertiser itself, might step in, helping claimant groups come together. And these days there are effective legal mechanisms to prevent costs getting out of hand. Furthermore, under pressure from the industry, press and politicians, insurers may be persuaded not to claim costs of tests cases even if they win.

Third, campaigns by UK Hospitality, the Night Time Industries Association and others have already secured great benefits for operators and workers during this crisis. Now, taking a cue from our American cousins, it is time to campaign for insurers to pay out something on business interruption policies whether or not the small print provides a get-out. Even a start-up fund to help businesses get back on their feet once the crisis abates would be hugely welcome. Those insurers who remain immune to persuasion should be placed on a widely-accessible public register, so that the leisure industry and others can make informed choices in the future. Clearly, insurers wanting to retain a long-term association with the leisure industry will want to step forward in this time of need. Those taking to their hot air balloons should not expect custom from the leisure industry again.

Fourth, Parliament may be short of a bob or two once the crisis is over. It is going to need it to build all those hospitals in any case and will undoubtedly need a regeneration programme of the scale of Roosevelt’s New Deal. So I would expect it to consider a windfall tax on the insurance industry, particularly if the industry has not already put its shoulder to the wheel to help out its beleaguered customers, who have contributed so faithfully to its balance sheets over the years.

Fifth, and finally, I would hope and expect that the lessons from this case are duly learned. Trade leaders will need to take a close look at business interruption policies to ensure that whatever is thrown at us is in future is covered, whether this be plague, pestilence, flood or fire. The insurance policy which pays out except when it is asked to is as much use as a two-legged bar stool.