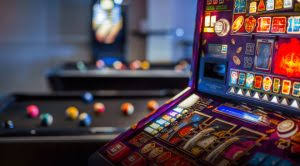 The survey looks at gambling trends of 11 - 16-year-olds in Great Britain.

The findings show that 11% of 11-16-year olds that took part in the survey say they have spent their own money on gambling in the past seven days, compared with 14% in 2018.  The long-term trend shows a decline in participation since the questions were first asked in 2011.

The most common type of gambling activity that young people are taking part in is private bets for money (e.g. with friends) (5%) with a further 3% playing cards with friends for money.

The research, carried out by Ipsos MORI, also shows that 3% report buying National Lottery scratchcards in a shop in the past seven days and a further 4% say they have played fruit or slot machines in the past seven days, an activity which typically takes place in family arcades or holiday parks.

A summary of the key findings


Earlier this month the Gambling Commission’s Chief Executive, Neil McArthur set out clear expectations to the gambling industry about how he expects operators to use data to avoid targeting advertising at young and vulnerable people.

Through the work of the National Strategy to Reduce Gambling Harms the Gambling Commission is developing a range of education and prevention programmes to put in place to protect children and young people. This includes partnerships with GambleAware and ParentZone who offer support for parents and guardians to help them deal with issues around playing gambling style games and gambling.

Last year the Gambling Commission made a call to action to the pub industry, after test purchasing found that 88% of pubs in England failed to prevent children accessing 18+ gaming machines.  Last week, the Gambling Commission called on the pub industry again to take faster action to continue to protect under 18’s from playing fruit machines in pubs. This year’s survey reports that of the 26% of 11-16 years olds who say they have ever spent their own money on fruit or slot machines, 11% did so in a pub which is down from 21% in 2018.