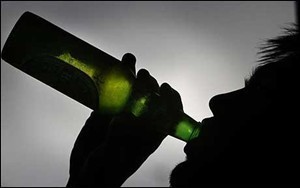 Minimum Unit Pricing for alcohol in Scotland was implanted on 1 May 2018.

Various sources have published data and information on the impact of the MUP in Scotland a year on.

• The 40 subsequent weeks to February 2019 shows value white cider down 73.3% and value amber cider down 54% year on year
• Own-label products have also collapsed amid a drastic shift in the market as a result of MUP
• In the 12 weeks to February 2019, ale sales rose 8.3% in volume and 15.2% in value in Scotland, compared to growth of 1% and 2.3% respectively in the rest of the UK
• Premium cider is also enjoying 9.4% growth and craft cider is up 22% in Scotland, while mainstream brands such as Strongbow and Magners are growing, along with world beer and mainstream lager
• Buckfast sales are surging as the tonic wine did not suffer any price rises, while it is interesting to note that K cider at 8% abv and Scrumpy Jack at 6% abv have also benefited from increased sales as Scottish shoppers look for alternatives to the high-strength ciders they had previously been drinking

The BBC reported that Public Health Minister Joe Fitzpatrick said he was proud that the government had implemented the measure.

He said: "I'm really proud to be part of the government that introduced minimum unit pricing - the first in the world."

"Anecdotally I'm hearing from a number of people who have changed their drinking habits and there's some anecdotal evidence to suggest that when the evidence comes out in June, it will be positive."

The BBC reported that both retailers and consumers reported an increase in retail crime since the introduction of MUP. One retailer interviewed by the BBC said he has concerns that the new law has led to an increase in violence against retailers saying: “If someone wants alcohol, they're going to beg, borrow or steal…The retailers are taking the brunt." This was echoed by a “chronic drinker” who also said “he has seen an increase in shoplifting since the new law pushed up the price of cheap drink. He can get a bottle of stolen vodka for £5 on the black market.”